Oh. There you are! I’d wondered if I’d see a blue sky again. Of course, I feel a storm brewing, but not the weather kind. I’m currently sitting at the kitchen table, attempting to write and instead am listening to my father curse. I think he’s to the point of his tirade that he’s making up swear words. You see, at some point during the night, the basement sump pump broke and now the basement is flooded. This is what happens when your house is built beside a former swamp and it hasn’t stopped raining for days. There will be swears and lots of them. Mom and I are steering clear of him for the moment. Oh, the swearing! 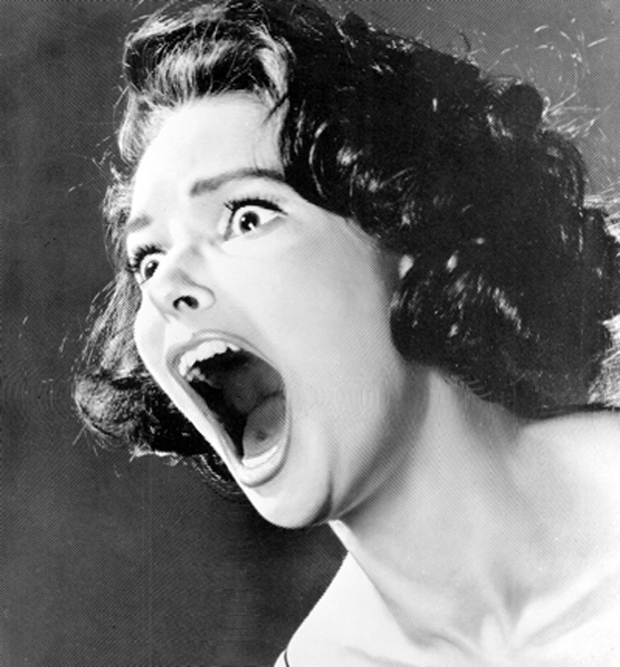 My Mom had her staples removed and the doctor reported that things are AOK.  Such a huge relief for everyone. While staying here, I’ve been doing most of the cooking and we have figured she may also have a form of IBS. I have convinced her to take her diet down to the basics, keep a food diary and cut out foods that are likely the irritant, then discuss with her doctor. All was going well until last night when there was indulgence in greasy foods. Hopefully, the mostly whole foods, plant-based diet will get her tummy back on track. It would be awesome if she went all Vegan, but… baby steps.  We have found a few really good sources for an IBS diet and if she sticks to it, she should be back to normal quickly. 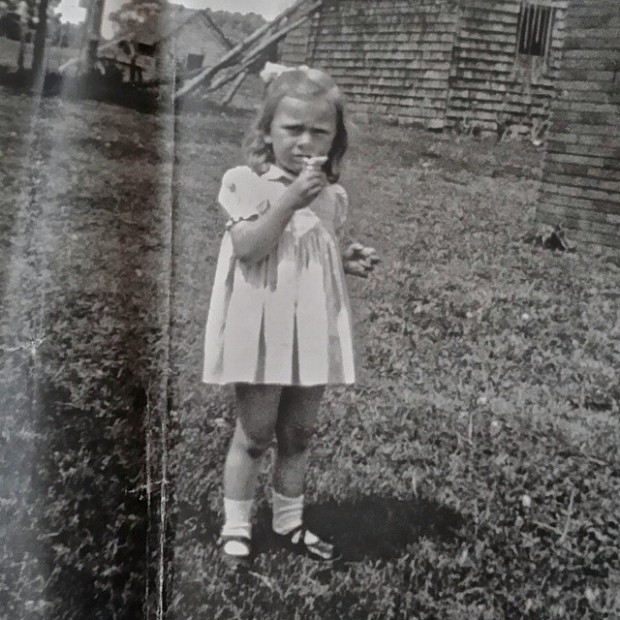 Now that she is healing up and 75% more mobile than when I got here, I can return to Toronto. Look for another edition of Redheads Writing in Cafes except when it’s on a bus unless I fall asleep, the bus leaves here at 8 am and I haven’t been sleeping well. Remember that episode of Seinfeld with the pull-out couch that had ‘the bar’ — I’ve got the futon couch/bed, with ‘the bar’. I’m looking forward to being in my own bed and back to writing in actual cafes. 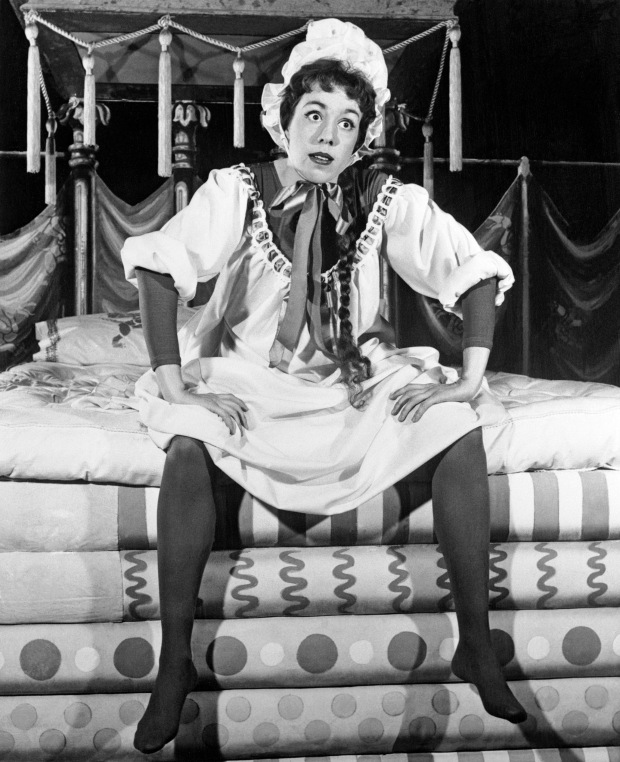 02 May 1960 — Carol Burnett as Princess Winnifred in the musical comedy Once Upon a Mattress, taken from the fairly tale of the Princess and the Pea. — Image by © Bettmann/CORBIS

I hope the rain holds off tomorrow. I want to make another trek to the Salvation Army to see if I can find some treasures. It was also suggested that the drugstore downtown may carry books written by Diane Madden. I’m on the hunt for her books titled Tale of the Unusual, More Tales of the Unusual and Yet More Tales of the Unusual. I’m not a 100 percent sure these are the books, but they sound closer topic wise to what I am looking for. Sometimes, when I can’t find these specific types of items, I often wonder if I dreamt them up. Anyone else do this? It’s incredibly frustrating.

The cursing has at least settled down a bit. I’m still at the kitchen table trying to will my laptop to charge faster. Seriously, charge faster, I want to retreat to the covered front porch. Hopefully, it will be quieter and I can get back to working on Freaks and Grimm.

/nb A question for my readers. Do you read my posts via your browser or directly from your email?

And… it’s raining again. This edition of Redheads Writing in Cafes is brought to you from the kitchen table. At some point, I will head to the front covered porch to work on my novel.

The sky is beautiful gray and gloomy and the dark clouds are rolling in over the horizon It’s beginning to look like nightfall. This ghoul loves the gloom, the dark skies, and thunderstorms. I’m not a huge fan of the constant rain. Like the Wicked Witch of the West, I will melt. According to the radar, a thunderstorm will be hitting soon and there is now a severe thunderstorm watch. I had to leave Toronto to get all this stormy weather.

Between the times of 7:30 and 9 am the crows are at their peak of loudness. Apparently, this is when they are feeding their young. The feeding frenzy is a feast to my ears with the loud cawing vibrating through the evergreens. As soon as the rain starts they head for shelter. Do you blame them? Instead, I’m now stuck listening to the incessant sounds of the seagulls. Yes, I am a bird snob. I’m hoping when the rain stops, the crows will return. I’m still on a mission to take a good photo of them.

Yesterday evening we went for a drive down by the bay shore. I asked my Dad to drive past the Anchor Inn (the old Inn, not the restaurant) as I wanted to get a reference shot. Growing up, I heard many incredible ghost stories about the Anchor Inn, in addition to a few other local buildings. At one point I had a few books about haunted areas along the Bruce Peninsula, but it was lost (amongst other books) during a move that happened ten plus years ago. Of course, I need them now for research. I’m sure I can find another copy, I feel like it was written by either Terry Boyle or Bruce Bell. Time to cruise on over to the Toronto Public Library!  One of the other houses I wanted a picture of has been torn down and it’s been too wet to trek out to the McNeill Mansion. Fortunately, there are lots of photos available online of the McNeill Mansion (https://en.wikipedia.org/wiki/Alexander_McNeill). 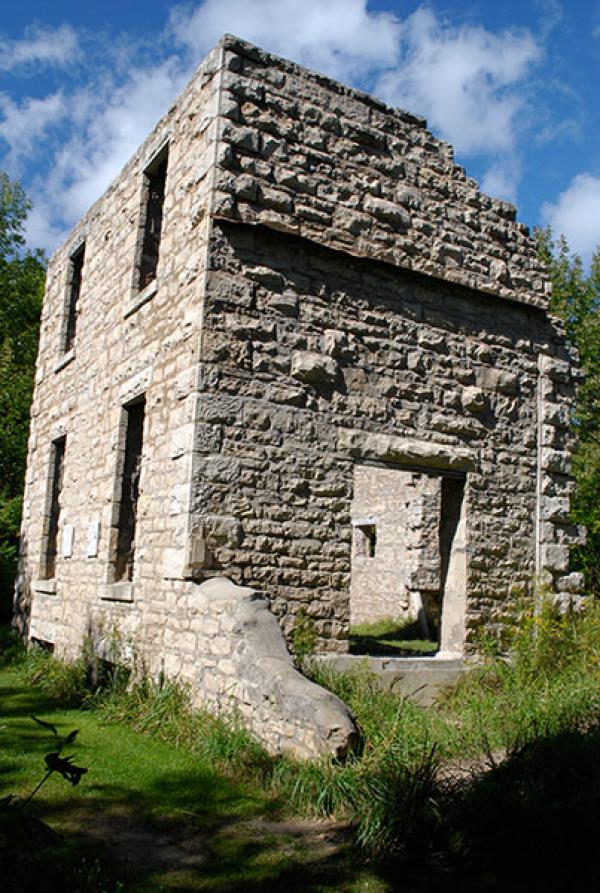 Now that I’m back in research mode, I will need to pull out the books I still have. There are also a few websites that have some information that is helpful. If only I could find the exact information I need. In the late 1980s and 1990s, I was obsessively researching ghosts and hauntings. I did this with a few other people. I’ve always been interested in ghosts and ghost stories and have written lots of short stories (hidden away in a folder somewhere) about ghosts. It’s funny how this knowledge creeps back to my frontal lobe cortex just when I need it most. Being in my hometown has brought a lot of this to the surface. There are many ghost stories to tell and I need to tell them. Now if I could just find those books and if the crows would finally cooperate with me!

Vintage, Sewing, And Everything Else I Can't Live Without

We’re just inviting you to take a timeout into the rhythmic ambiance of our breakfast, brunch and/or coffee selections.

Keeping it vegan in the dairy state.

My Kingdom for a Hat

The Knitting Adventures of an Expat in The Middle East

Exploring the the Big Unknown